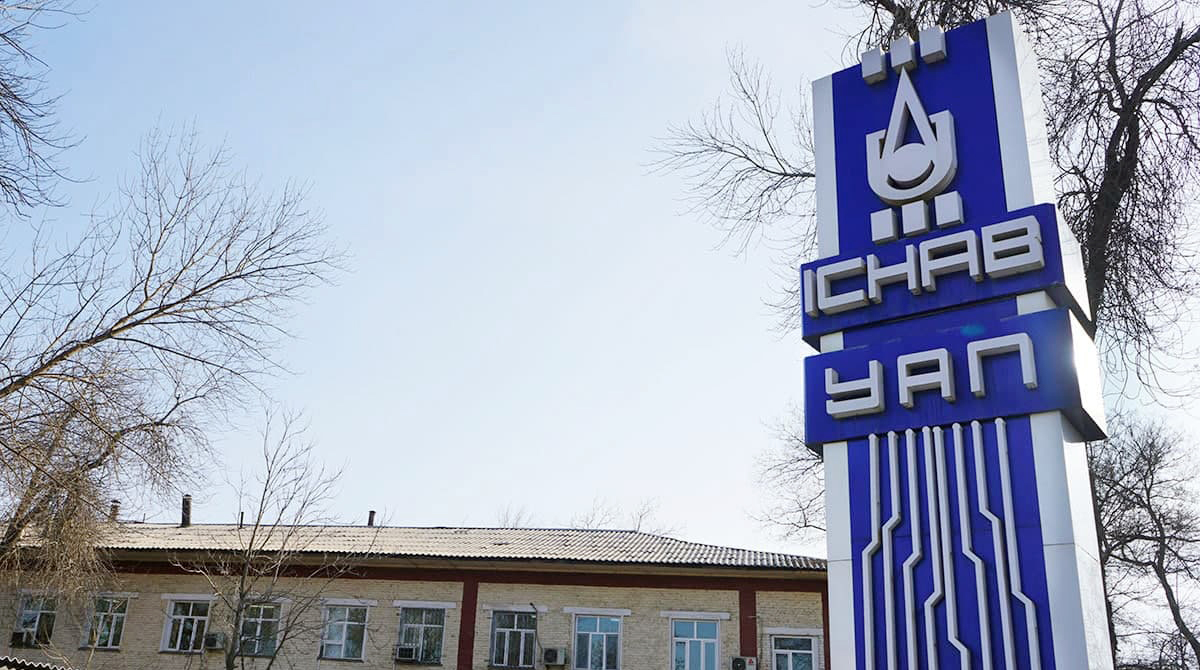 The Production Automation Department has been reporting on its activities since February 1, 2012, when the management of the plant decided to combine the central laboratory of automation and geophysics, the information and communication technology department, the technical security systems service and the information service into a common structural unit.

Today, after the reorganization, as part of the PAD, three services operate – the automated process control system service, the information technology service and the communication workshop.

The Central Laboratory of Automation and Mechanization as an independent division of the plant was organized in 1965. The idea to organize the CLAM at that time was dictated by the need to repair instrumentation and control equipment, and submit them for departmental verification, to adjust automation systems at copper and lead concentrating plants, and to manufacture non-standard equipment.

In 1973, a building was built for the repair and maintenance of radioisotope and X-ray spectral instruments, and the isotope laboratory began to be based in it. In 1985, the isotope laboratory from the CLAM became an independent laboratory and became known as the nuclear geophysical laboratory – NGL, since the AMMC began to widely use X-ray spectral equipment to determine the content of chemical elements in raw materials and enrichment products. In 1998, when some divisions of the AMMC were merged, NGL joined the CLAM. Thus the new CLAG laboratory was born.

In 1989, an information and computing center was created at the AMMC, equipped at that time with the most modern computer technology. Its predecessor was the machine counting station (MCS), designed for four sets of counting and perforating machines. Operators were trained from among the accountants of the plant's shops, a project was drawn up for transferring documents to mechanized processing of settlements with workers and employees of mines, processing plants, and the plant's repair and mechanical plant. All the accounting personnel of these enterprises were centralized into a single service.

But over time, the equipment of the computing station became so morally and physically obsolete that a decision was made to gradually transfer tasks to the ICC and subsequently close the MCS. An electronic computer ES-1036 was purchased to carry out accounting calculations.

One of the first tasks assigned to the Information and Computing Center was the automation of payroll calculations with workers and employees of enterprises and workshops of the AMMC.

The development of software for the first stage of the automated production control system was entrusted to the Yekaterinburg Research and Production Association "Ural-systems". Its specialists, who developed programs for many industrial centers, first encountered the need to create programs for calculating the wages of workers working in 12 enterprises, each of which calculated it differently. Working in close contact with the association's specialists, the ICC programmers were able to master completely new programming languages ​​and the computer operating system in a short time. The first tasks transferred to commercial operation in 1990-91 were "Control of the execution of documents", "Accounting for the movement of personnel", "Accounting for fixed assets". As the amount of information entered into the computer increased, it became clear that one machine was not enough for the ICC, so in July 1991 another ES-1046 computer was installed. In 1992, ICC programmers accepted for support such voluminous tasks as payroll accounting, accounting for the movement of materials, accounting for financial and settlement operations, accounting for production costs, and others.

In October 1994, to replace obsolete computers of the EU type, under an agreement with the British company Omicron, a computer was purchased based on the IBM 4381 processor from the IBM company with a disk memory of up to 10 gigabytes, which is more than 10 times higher than that what the plant had. The speed of the new technology was evidenced by the fact that after its commissioning, the need for the ICC staff to work in night shifts disappeared.

New computer technology allowed to solve new problems. One of them is the accounting of material assets in warehouses. In terms of its complexity and the amount of information being processed, this task is quite large, so it was implemented in stages.

Time passed, and this computer required replacement, because the service life of computing equipment is short: only 5 years. Personal computers have replaced mainframe computers. Specialists of the ICC began to work on them. And here it should be noted the professionalism and diligence of the electromechanics of the maintenance sector, who make sure that this equipment works.

The core of the team in the programming sector was formed back in the central laboratory of automation, where there was once a group of computer technology. They were mainly engaged in the lead factory, working on the M-6000 large electronic computer located there, which controlled the flotation process (APCS). And when they founded the information and computing center in the management of the plant, this group was completely transferred here to the three programmers already available here. And until now, this backbone holds and forms the basis of a team of programmers.

In 1974, the private automatic exchange UPATS 100/400 was installed and launched at the Sary-Cheku mine. The following year, the line-cable network also expanded significantly. The connection of the Sary-Cheku mine with the 5th and 6th traction substations was established. The overhead communication lines with the Altyn-Topkan mine administration, laid back in the 60s, were replaced in 1976 with a cable, which significantly improved the quality of communication, carried out an inter-office connection of the PBX 2000 with the PBX of the Altyn-Topkan mine.

In the 1960s there was already dispatch communication with the copper concentrating plant and the copper smelting plant. At present, the cable capacity connecting PBX 2000 with these titans of the plant is 900 numbers. Through PBX 2000, all subscribers of the copper site can communicate with all subscribers of the plant, and also have access to city exchanges, in addition, especially important subscribers have the possibility of radio communication. At the end of the 80s, the main cables were reconstructed, since special attention is paid to the connection with the copper site.

With the growth of production capacities, the role of treatment facilities increased, so communication with them began to improve significantly in 1988, when the TG 30x2 cable was laid to the 54th substation of the tailings dump OHH of the copper concentrating plant, which somewhat solved the problem of a shortage of telephone numbers at the facilities of the tailings dump. In order to improve communication with the tailing facilities of the MOF, in 1974, V-3-3 compaction equipment and a radio relay "Container" were installed at 54 P/S, and walkie-talkies were installed at all substations.

Telephonization of the Kalmakyr mine administration began in the early 60s. As the mine expanded, so did the need for more telephone points at the sites. The cable capacity supplying the mine with telephone communication is 200 numbers. Communication is carried out through private automatic exchanges UPATS 500 and UABS 1000 with all subscribers of AMMC and city automatic telephone exchanges. The most important subscribers were supplied with modern "Kenwood" TK 980 and TK 480 radios.

The installation of telephones at the Zinc Plant was carried out especially intensively from 1967 to 1970. At this time, communication was established with the leaching shop, electrolyte, cadmium shops, GPP, etc. A little later with the Welsh shop and the turbocharger shop. There are currently 600 numbers involved.

In the early 80s, in connection with the completion of the development of the Kurgashinkan deposit, a need arose for raw materials for the operation of the lead concentrating plant, i.e. lead-zinc ore, which began to be supplied from the Uch-Kulach mine. ATSK 50/200M was installed here for internal communication. Through the switchboard, which is accessed by the Jizzakh number, the mine is connected to the plant. The communication workshop constantly provides technical assistance to the coordinate station, which employs 38 numbers.

In April 2004, as part of the activities to merge and enlarge the small divisions of the plant, the information computing center was merged with the communications department into a single structural unit, the Department of Information and Communication Technologies.