Every problem has a solution 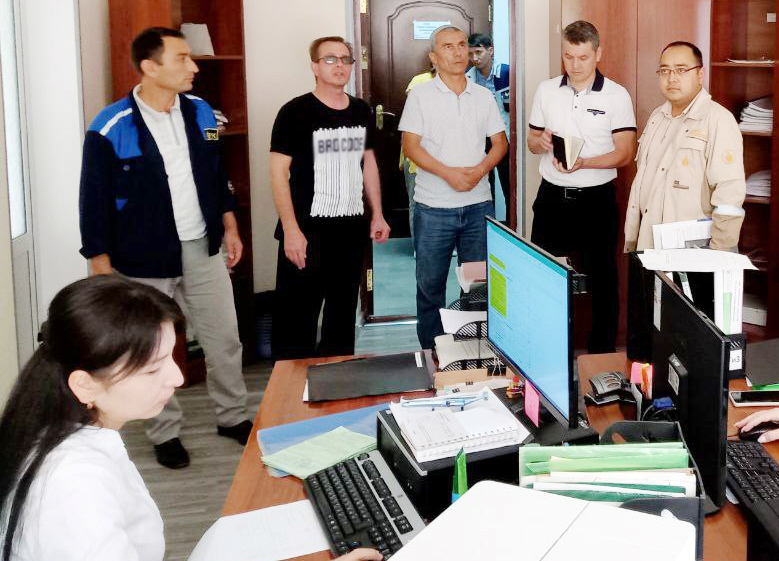 In order to ensure the implementation of the order No 872 dated July 21, 2022 of the chairman of the board of "Almalyk MMC JSC the members of the working group carried out the study works among the workers of occupational safety service system and the Central metrology laboratory for learning and systematically resolving social, spiritual and cultural issues and the problemsof youth.

During the conducted studies, the following was determined:

In particular, the number of employees of the occupational safety service system is 87 people, of which 41 are young people. In the administrative building of the service, separate service rooms are allocated for employees and departments. In order to ensure the implementation of legal documents on the state language in the administrative building, slogans, banners and counter announcements in the building are printed in the state language, that is, in the Uzbek alphabet based on the Latin script.

The existing guidelines have not been fully translated into Uzbek. During the dialogues with the young people of the enterprise, no problems and complaints were revealed by the young people.

20 workers are given daily training in the work allocation room for the monitoring and transport department. However, special equipment used in the work process is also stored in this room. The engineer-technical employee of this department suggested that a separate room should be allocated for the storage of special equipment. There is no spiritual corner in the administrative building.

When the activity of the video surveillance team was studied, it was reported that the room allocated for them was in a state of repair, and an offer was made to provide practical assistance in repairing this room.

Instructions were given to the officials regarding the deficiencies identified during the study.

The Central Metrology Service has a total of 16 employees, 8 of whom are young people. Sufficient working conditions for employees have been established in the service.

During the dialogue with the young people, the young people expressed the fact that there are problems with the transport in order to deliver the laboratory equipment and samples to their destination on time and in good quality.

During the dialogue with the head of the department of the service in Chirchik city, it was revealed that there are not enough rooms for the employees working in this department.

Appropriate instructions were given to the authorities on this issue.

Study work will continue in the structural units of the Almalyk Mining and Metallurgical Complex.