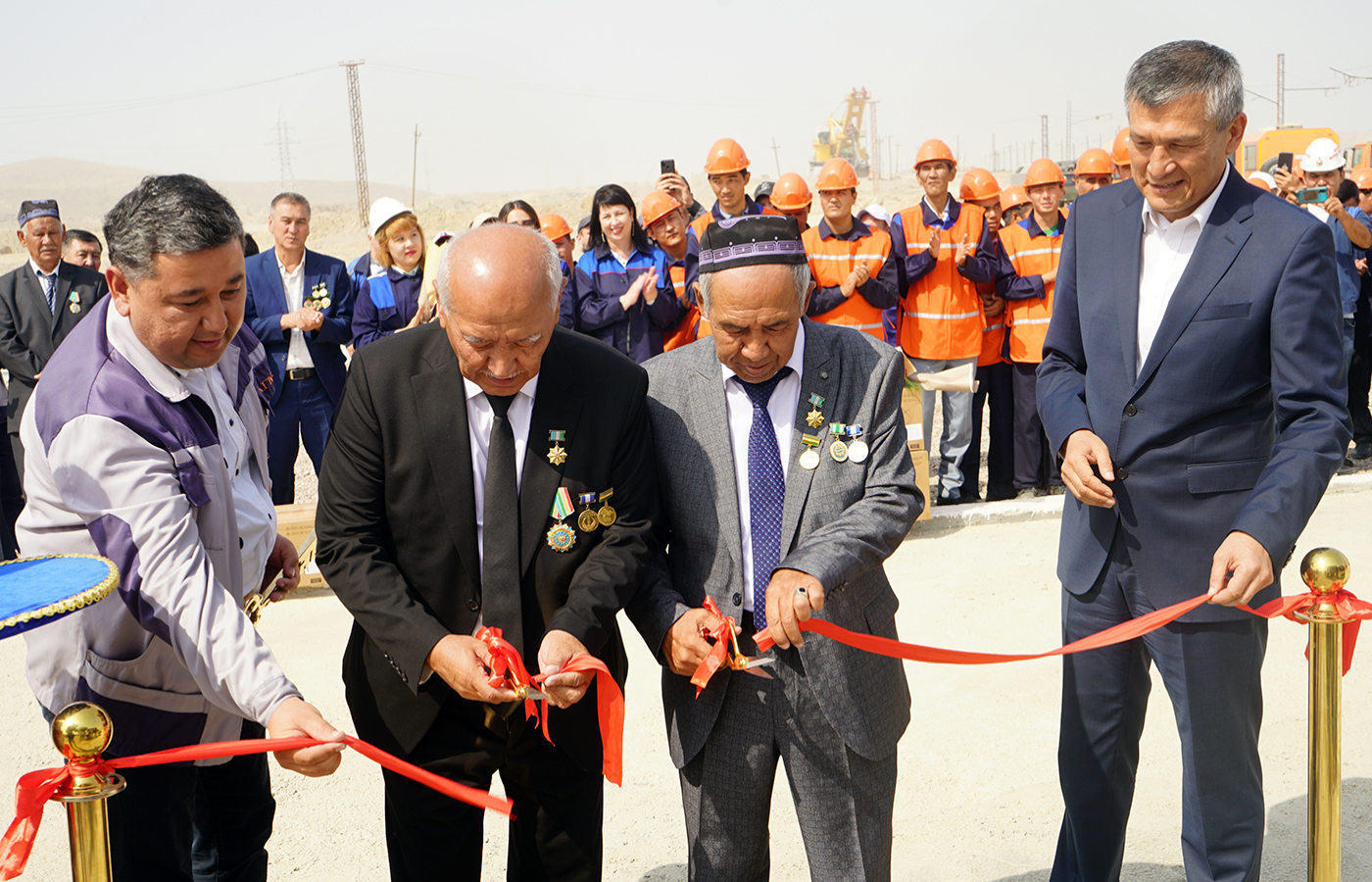 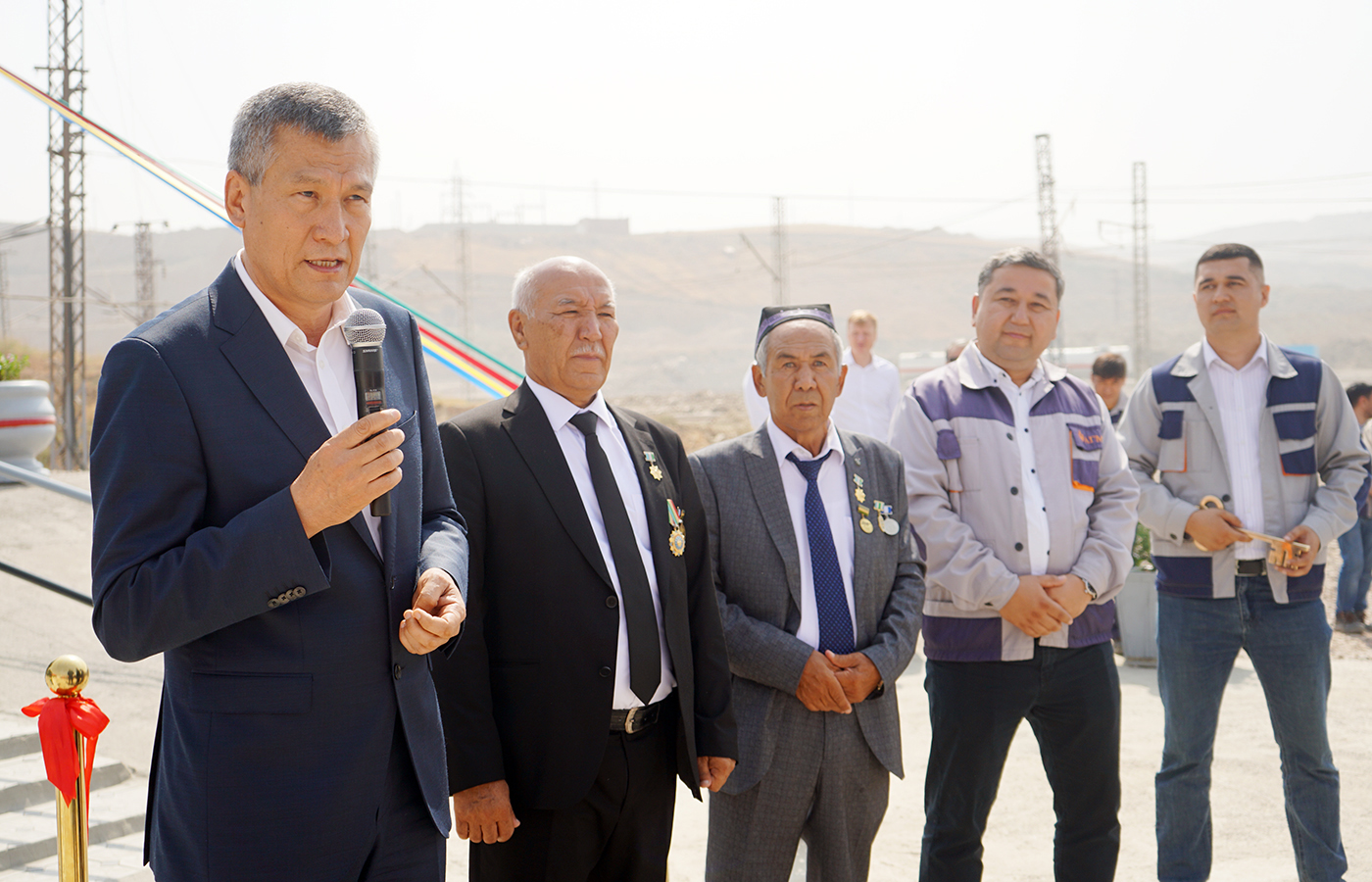 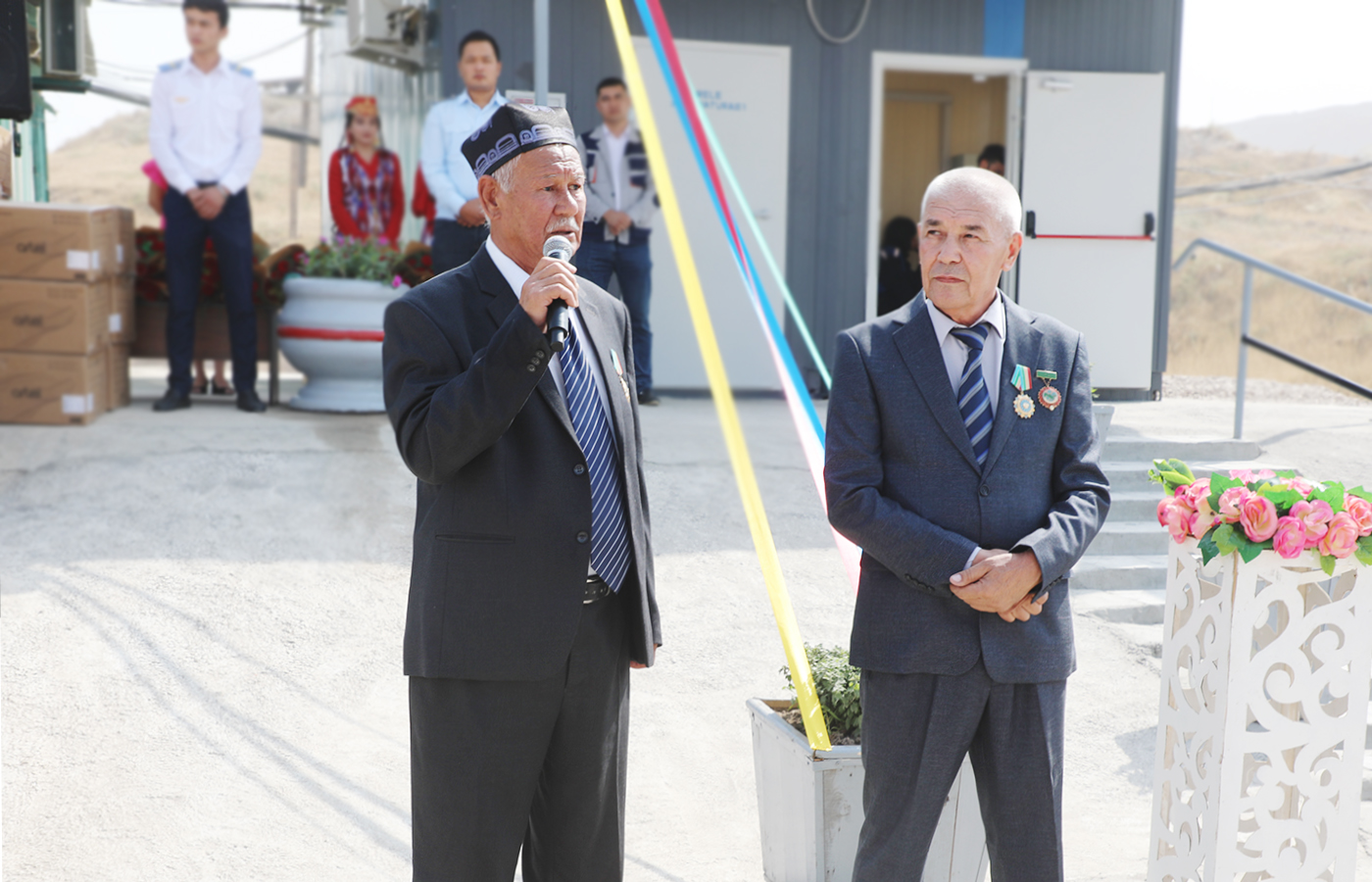 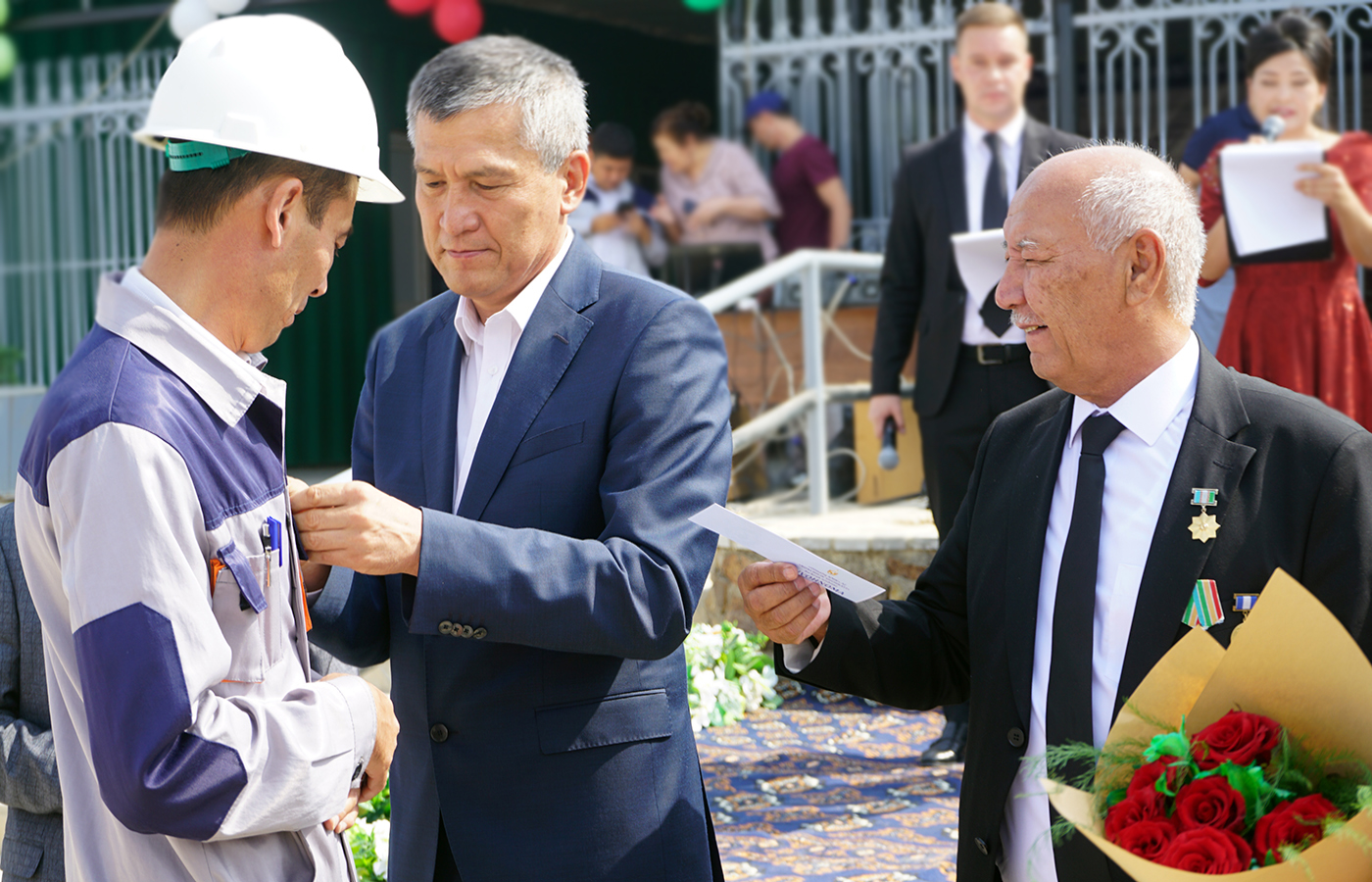 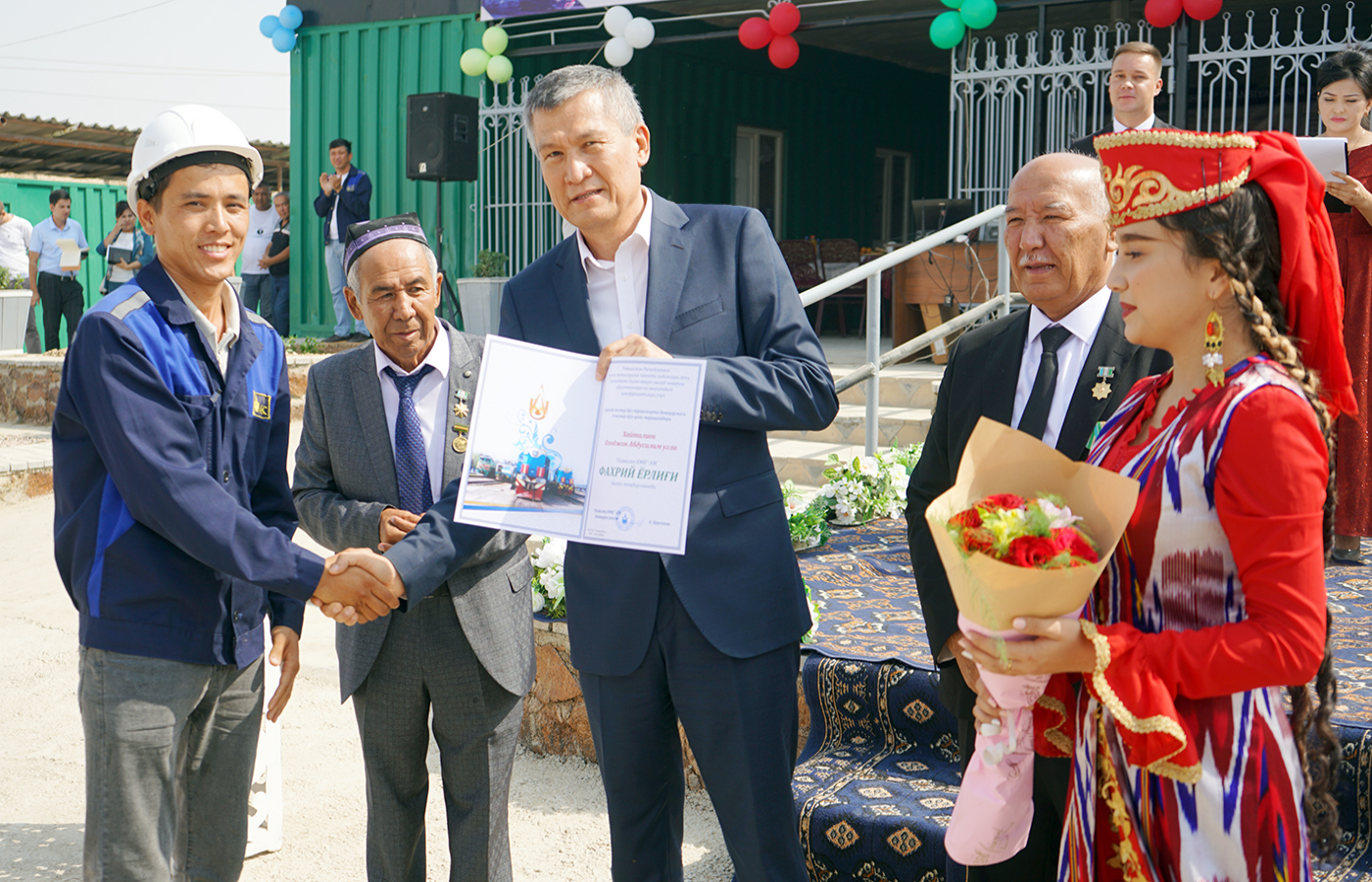 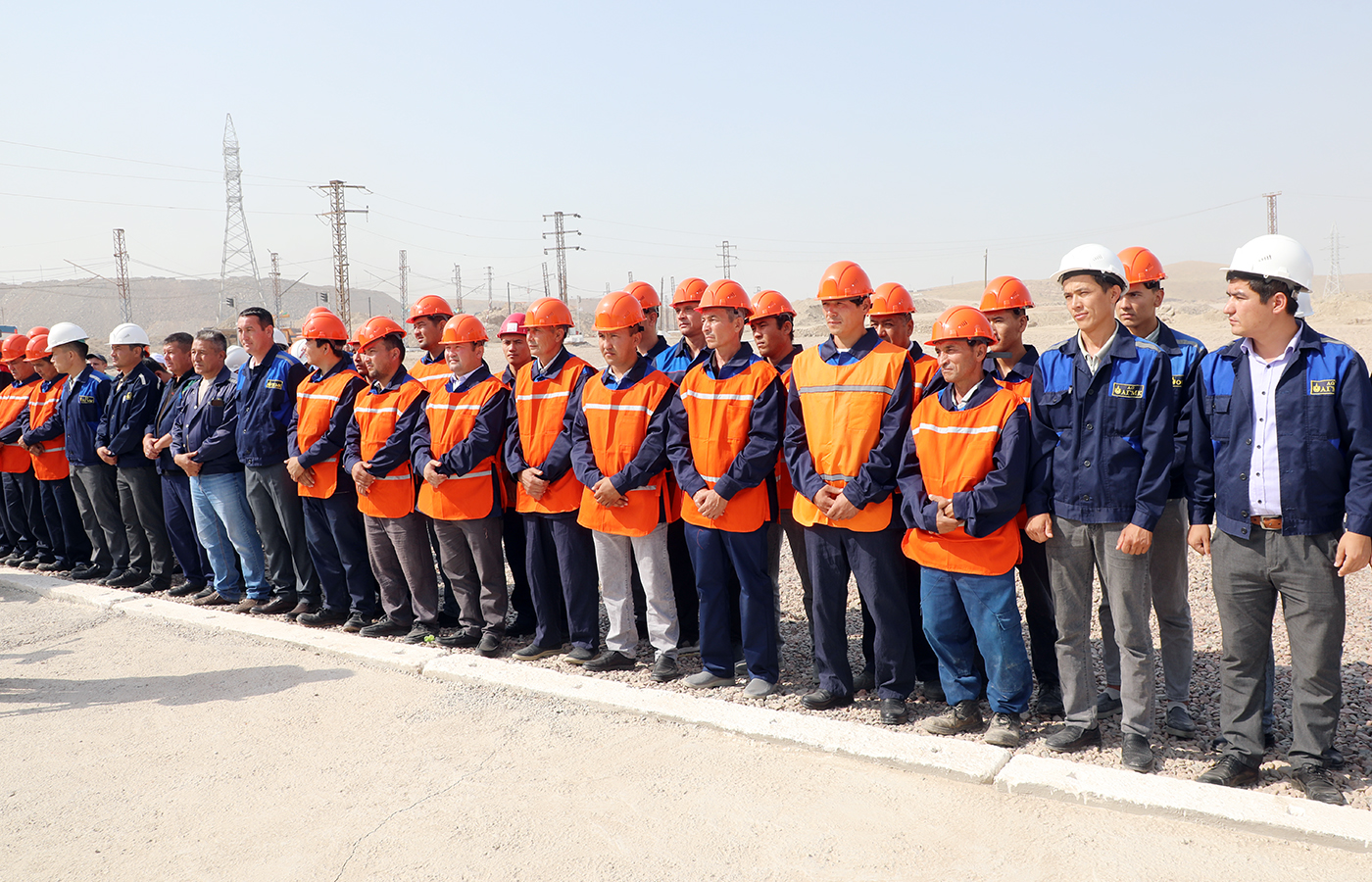 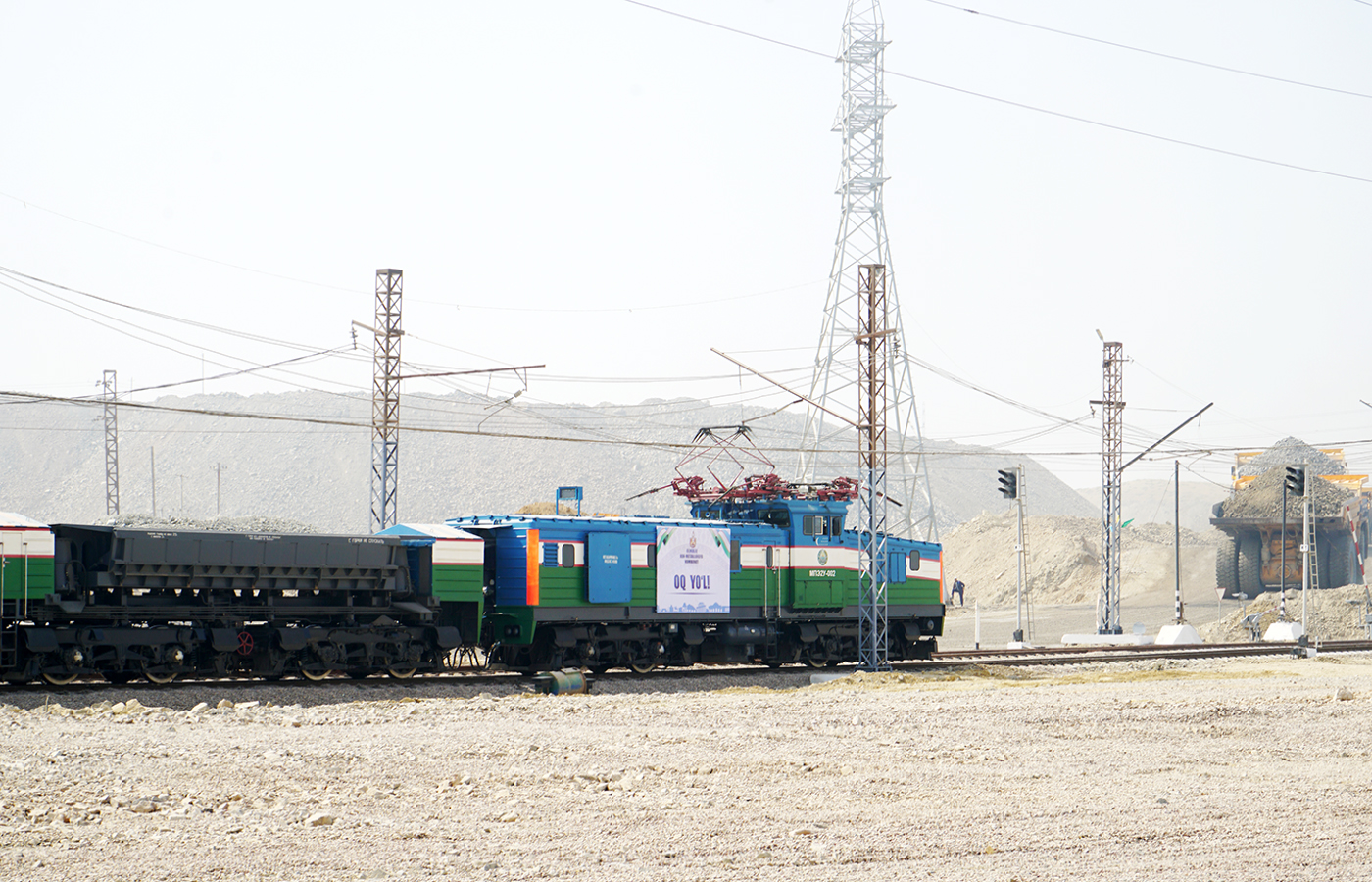 A number of works are being carried out on the investment project "Development of the Yoshlik I Mine", which is being implemented by the Almalyk Mining and Metallurgical Complex, which is recognized as a megaproject.

In particular, in January of this year, within the framework of the investment project "Development of the Yoshlik I mine", construction and installation works on the facility "Construction of two-track railways connecting Razvyazka - Yoshlik" stations began.

During the past period of this year, this facility was completed as a result of the construction works carried out by the Industrial Railway Transport Department, the "Almalykmetallurgqurilish" trust and the "Yoshlik I" directorate.

The opening ceremony of this facility was held today. It was attended by the management of Almalyk Mining and Metallurgical Complex, workers involved in the construction of the object, and representatives of the mass media.

Abdulla Khursanov, the chairman of the board of Almalyk Mining and Metallurgical Complex, who spoke at the event, noted that the commissioning of the two-track railways connecting the stations "Razvyazka-Yoshlik" is considered an important stage in the implementation of the investment project "Yoshlik I mine development". And he said that the commissioning of such facilities within the framework of the investment project will gain sustainability.

A group of employees of the Industrial Railway Transport Department, "Almalyk Metallurgqurilish" Trust, Kalmoqgyr Mine Department and "Yoshlik-1" mine directorate, who have shown enthusiasm in the construction of this facility received "Mining Fame" badges and Honorary Labels of various degrees as well as valuable gifts were awarded.

The management of Almalyk Mining and Metallurgical Complex handed over the symbolic key of the facility to Bunyod Kurbanov head of Industrial Railway Transport Department, the ribbon was cut, and this railway officially started its operation, and the first train of locomotives loaded with cargo moved from this track.

The purpose of this project is to transport rocks from the "Kalmoqgyr" mine to the "Almalyksoy" reserve mine without affecting the continuity of work at the "Yoshlik I" mine.

In accordance with this project, 7.4 kilometers of electrified railways, 9 sets of arrow conductors were built.

New centralized microprocessor and electronic calculation system of train wheel axles (MPS I ESSO) equipment was installed. A total of 51.2 billion sums were allocated for the construction of this site.

The construction of the two-track railway will reduce the distance of transportation of the overlying rocks of the "Kalmoqgyr" mine by 2.9 km, reduce the time of locomotive movement by approximately 8.42 minutes and this will additionally save 1 million 200 thousand cubic meters per year (500 thousand from the Kalmoqgyr mine cubic meters (700,000 cubic meters) from the Yoshlik-1 mine) prepares the ground for the transportation of top layer rock.

Also, this project will save electricity and reduce the cost of rock transportation. In addition, it increases the capacity of the stations by 35-40 percent, ensuring the safe movement of trains.

The most advantageous aspects of this decision is to create specific conviniences in 7.5 km in transportation (taking out) upper layer rocks from the quarries of the Kalmoqgyr mine to the reserve mines of "Almalyksoy" deposits.

As a result of putting this facility into operation, a front will be opened for the development of mining-capital works in the central part of the "Yoshlik-1" mine, without reducing the volume of mining operations in the Kalmokgyr mine. Also, it will give a chance of opening existing mining horizons with the content of rich copper and gold as well as rare metals of satellite color.

For information, it can be said that today the mining works at the "Yoshlik-1" mine continue at a rapid pace. To date, the chief designer "Giprosvetmet" JSC has completed 100 percent of the technical and economic basis of the first phase of the project and 40 percent of the working documents for the mining part.

In order to reach the ore layer in the mine and extract it, earthworks are being carried out intensively. In particular, as of September 1, 2022, the total mining works are 127.9 million cubic meters.

To date, more than 593 pieces of equipment with a total value of more than 415 million dollars have been delivered to perform mining works.

Within the framework of the project, 27.8 km of railway tracks were laid by the Industrial Railway Transport Department.

We remind you that in accordance with decision No PQ-2807 dated April 1, 2017 of the President of the Republic of Uzbekistan and decision No PQ-4731 dated May 26, 2020 “on additional measures related to expand the production of non-ferrous and precious metals on the basis of the mines of JSC "Almalyk MMC"" in the result of implementation of this project: