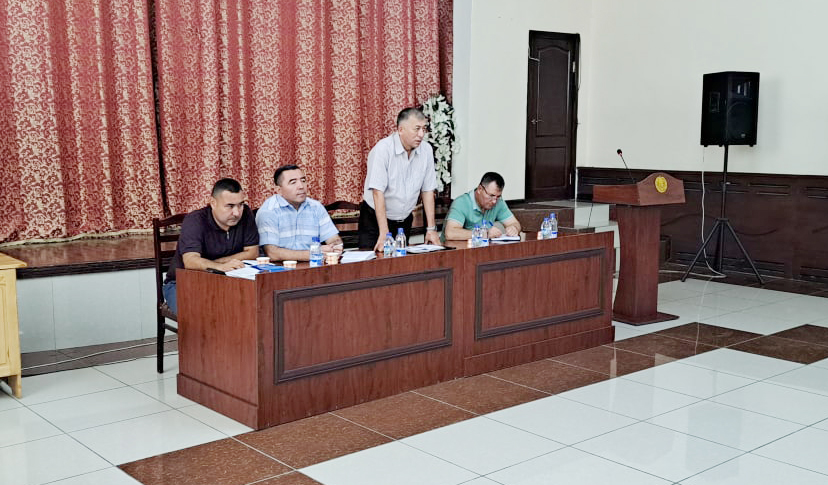 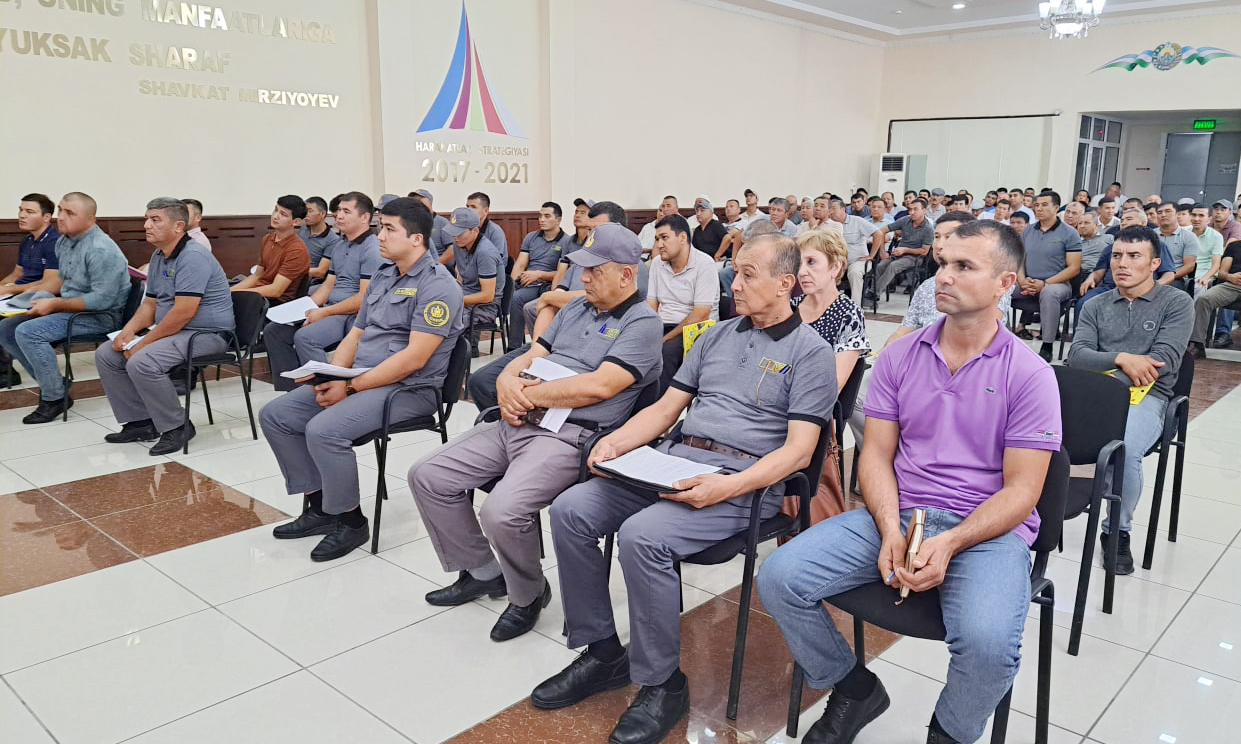 Yesterday, a summary meeting was held on the work of the Almalyk commandos of the Departmental Militarized Guard Service of AMMC during the six months of 2022.

A.O. Bobokujayev the deputy head of the IHQX for working with legal issues and personnel, Ye. Kosolapova the chairman of the service trade union committee, S. Rakhimov acting assistant to the head of the service for youth issues,  M. Ahmedov HSE engineer, supervisors of service organization, 1st, 2nd, 3rd, 4th command and guard chiefs, personal staff, as well as activists of each guard's personal staff participated in the event.

At the meeting, information about the work of the command and guard chiefs during the six months of this year and the report of active people on performed works organized according to Order No. 16 of the IHQX dated April 16, 2022 "On the formation of a group of activists consisting of 4 members from among the personnel of each guard of the IHQX" were heard.

Rasulov, the leader of the organization of the service, who spoke at the event, gave information on the achievements and shortcomings of the IHQX during the six months of this year.

Boboho'jaev, the deputy head of the IHQX for legal issues and personnel management, expressed his opinion on the unfortunate circumstances mentioned in the above information, and the rights, duties and responsibilities of employees in the field of service gave information about his responsibility.

In accordance with the Model Regulations of the Service, requiring the persons who visited and stayed in the facility protected by the employee to comply with the provisions of the "Instructions on the authorization and internal order of the facility in the facilities of Almalyk Mining and Metallurgical Complex JSC, confirming their identity and assigned duties such as entering (exiting) and being in the protected object, as well as the entry (exit) of vehicles, checking documents that give the right to import (extract) property to protected objects.

Also, the employee is responsible for checking the conditions of property storage in the protected objects, the condition of the engineering and technical means of protection, ensuring fire safety, protection of objects and property storage, granting permission and In the case of violations of the rules of the internal regime of the EC, it is necessary to take measures to eliminate them and to end the conditions that support them.

He informed the employees that the officers of the departmental military guard service also perform other duties stipulated by the law, and invited the command and guard chiefs to the platform to listen to their information.

During the event, information on the service activities of each team and guard chief in the 1st quarter of the year was heard.

At the event, which was held in a critical spirit, it was emphasized that it is necessary to reconsider the attitude of the commanders and guards to the service. In particular, the commanders of the command and the guard need to carry out certain work on strengthening the discipline of the service among the employees, that is, to conduct practical and theoretical training in depth based on the approved schedule in order to improve the knowledge of the employees, based on the practice, further reform the service in the future they were asked to make specific proposals to the management.

An appropriate decision was made regarding the issues discussed at the report meeting.