Role of digitalization in the activity of AMMC 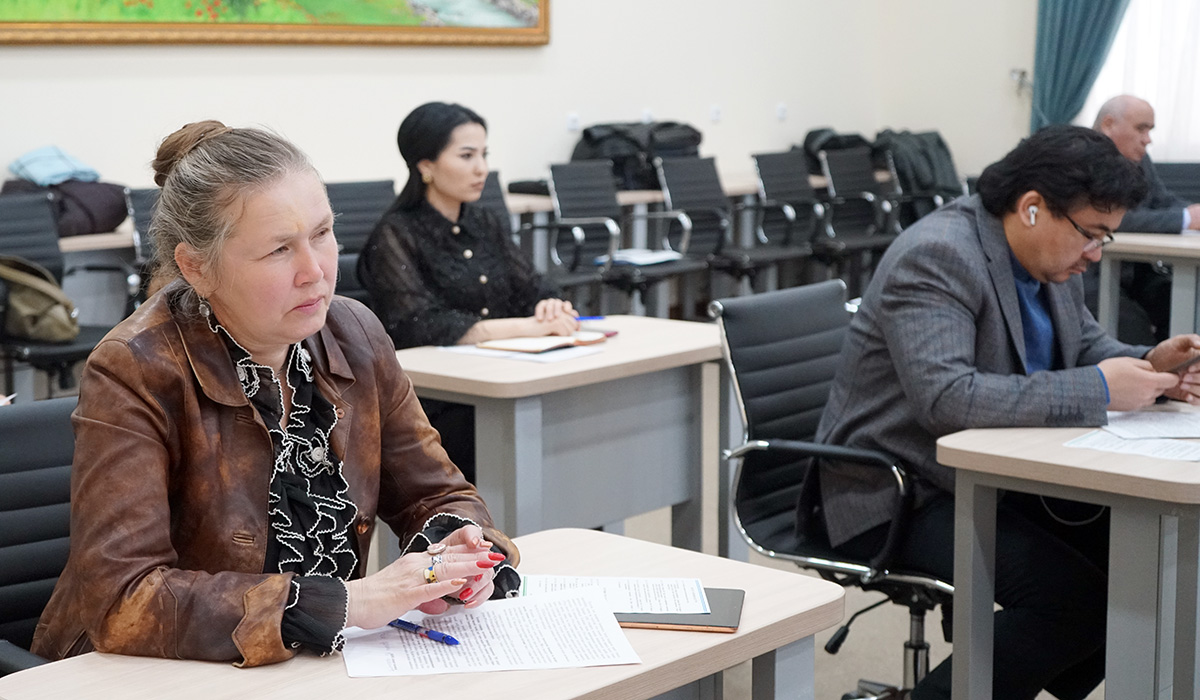 New information technologies which have been rapidly developing over the past few years, are quite tightly integrated into our lives. In particular, digitalization which has become an integral part of almost every industry, plays an important role in increasing labor productivity. The Almalyk Mining and Metallurgical Combine is also doing significant work in this direction.

On February 24, 2022, the press conference was held at the National Press Center of Uzbekistan on the role of digitalization in the activities of the AMMC.

The event organized by the information service of the plant, was attended by the Deputy Chairman of the Board of Almalyk MMC JSC for digitalization Abdulla Azizov, for personnel and social issues Sa’di Shermatov, acting Deputy for Commercial Affairs Kamol Ismayilov, as well as representatives of the mass media of our republic.

Thanks to the work carried out at the AMMC in the framework of digitalization, a number of positive results have been noted. Thus, in 2021, the AMMC introduced the transport management and control system – a remote control system – GPS was installed on 1,700 vehicles, as well as fuel control sensors on all mining dump trucks and mobile gas stations. As a result of the work carried out last year, 16.8 thousand tons of diesel fuel were saved for 151 billion UZS.

The TIS information system has been introduced in the technological transport department, which controls 402 vehicles. This made it possible to reduce the number of excess downtime and increase the volume of cargo transportation at the “Yoshlik I” field by an average of 10%.

In addition, the TMS information system has been introduced in the road transport department, through which 839 vehicles are monitored. Also, the submission and acceptance of applications for transport is carried out completely electronically.

The RMS information system has been introduced in the industrial railway transport department, with the help of which 160 vehicles are monitored. As a result, excessive downtime of railway cars was prevented, which made it possible to reduce the number of fines by 6 times.

The information system for controlling the shipment of finished products has been introduced at the Jizzakh cement plant. This allowed us to quickly receive shipping documents. The work of cameras and scales is automated, the speed of service has increased by 2 times.

The unified reporting information system was installed for 46 structural divisions of the plant through the introduction of an automated information system for accounting and financial accounting and data consolidation. This, in turn, led to a reduction in data errors, as well as a fifty percent (50%) reduction in the time spent on collecting reports, data, and budget planning.

Along with the increase in production indicators, reconstruction and modernization of divisions, re-equipment of technical and technological equipment, construction of new production facilities, the management of Almalyk MMC JSC pays special attention to increasing the level of digitalization, A.Azizov noted. In particular, in September 2021, the department of information technologies was created in the structure of the executive office. Its main tasks are the development and timely implementation of departmental digital transformation programs that provide for the widespread introduction of information systems and resources, the creation of conditions for the further expansion of electronic document management, electronic services and other forms of electronic cooperation between the plant's divisions.

As part of the implementation of the projects envisaged by the concept of "Digital AMMC-2030", in January of this year, a new position was introduced at Almalyk MMC JSC – Deputy Chairman of the Board for Digitalization (Chief Digital Officer).

To introduce digitalization at the plant, it is necessary to study the experience of leading, successful global companies in this area.

On December 22, 2021, S. Mirziyoyev visited large industrial enterprises and social facilities of Almalyk. During his visit, the President determined the transformation of Almalyk MMC JSC. In accordance with this order, the AMMC approved the plan for the implementation of measures aimed at increasing the level of automation of the technological and business processes of the plant.

In particular, it provides for the automation of production and management processes through ERP (resource management systems), the introduction of an automated dispatch control system "Mining Dispatcher" at the mines "Kizil Olma" and "Razvedochnaya" of the Angren Mine Administration, optimization and increase in the productivity of production processes at the "Yoshlik I" deposits and "Kalmakyr" (ACS of Mining Transport Complex) using digital technologies.

In addition, it is planned to introduce a unified automated information system for the facilities for receiving fuels and lubricants and their distribution by units of transport equipment, improving the existing electronic document management system, and modernizing the IT infrastructure.

It is planned that the implementation of the digitalization projects planned at the AMMC will bring significant results.

In particular, operational management of mining operations will be organized, a unified system of digital mining modeling for mine surveyors, miners and geologists will be created. This will improve the accuracy of reserves accounting, carried out on the basis of the international JORC standard. A single information space for the plant's business processes will be created. The traffic volume will increase by 10%, maintenance costs will decrease by 5-10%, fuel consumption – by 10%. The speed of customer service will increase. Copies of incoming, outgoing and local documents will be stored electronically. All paperwork will also be carried out electronically. Guaranteed power supply will be provided – server equipment will work autonomously with data protection and integrity.

During the press conference, media representatives received answers to their questions.